Incentivizing the use of SEFIs

@maleficarum I think that part of the problem is that $SEFI doesn’t have an identity. Ever since it’s launch, it’s been in a tailspin and I think that’s partly because with all the options for investing, why invest in a coin that isn’t well defined? Other than the announcements that $SEFI was coming and is here I could only find its github that had any information about it. And this information is outdated and none of the links work.

I would like to see incentives for holding $SEFI too but I think that first it needs an identity with a clear purpose. I don’t think that just the idea of it is cutting it.

I agree. That is why we are discussing here. Let’s help to provide more ideas!

Sure. I think an obvious place to start would be to give $SEFI at least it’s own page. Describe why the token was developed and a give a roadmap to its development. Explain how it’s different from $SCRT and why it’s needed. Once people have clear reasons to hold $SEFI, then we can work on incentivizing them to do so.

Basically, I think we should work on giving $SEFI a strong identity and then add incentives instead of the other way around. Does that make sense?

@Iowascero what do you think?

This thread has went silent. We hoping for inputs from the Commitee lead or dev team lead.

I’m hoping these posts get more community engagement before I weigh in too heavily. Keep in mind, per my charter, I am to be supportive of governance efforts but I shouldn’t exert direct influence on these efforts. The SecretSwap Committee is not a governance committee & I don’t think the community would appreciate it behaving as such. Have you tried circulating links to these discussions in the relevant Telegram & Discord channels and asking for engagement?

As far as the roadmap goes, per my discussion with Can of Enigma, governance and buyback are accounted for. Beyond that, the process of determining direction will become significantly more decentralized and we won’t know what the community decides until governance is implemented and they discuss and decide it. Governance (which will be implemented by the end of June) & discussions just like these are key. I’ve shared your threads in a few places and will continue to do so over the next few days to stoke the fires a bit.

Thanks for raising this.

I would suggest perhaps we can do both buyback to distribute and buyback to burn. This is what likely will happen once buyback mechanism is being implemented:

I personally think that a greater % of the fees should allocate to buyback at least in the first year since most of the SEFI rewards are given to LPs. Moreover, higher APYs for providing liquidity that results from higher SEFI price is definitely more sustainable than providing LPs with inflationary rewards.

Out of the current 0.3% of fees allocated to LPs, I’m in favour of moderating it to 0.15% to LPs, 0.1% to buyback and distribute and 0.05% to buyback and burn. FYI Decentralised trading protocols such as WooTrade and Perpetual Protocol are allocating 50% of their fees to buybacks too.

The uses of SEFI should and must extend beyond 3-4 use cases. Governance is one of them. The more genuine use cases, the greater the value proposition of SEFI.

Tier 10 opens access to every single functions, whereas Tier 9 will open access to 90% of the functions (with the last 10% of functions being the most exclusive and the highest rewards). Some instance of functions include fund-raising/seed investments or exclusive deals in curated companies.

This would be similar to other projects, but the key difference is privacy.

Tbf the use cases of SEFI are limitless.

Another thing that is good to have will be the longer the SEFI token is staked on governance, the more voting power it has. We should reward believers and HODLers but not whales who speculate. This will also incentivise more folks to HODL. Afaik Curve Finance is one of the very few protocols that’s currently implementing this mechanism.

SEFI-SSCRT to be the only LP with bonus incentives. Fees on this pool to be higher than fees on the other pool (e.g. 0.4% compared to 0.3% for other pools). This has the effect (not sure if desirable or undesirable of highly correlating SEFI prices to SCRT prices) - would this be good or bad? Please discuss.

Higuys
we at btn.group have added one use case for SEFI, as the only means to participate in our ICO. 1 SEFI = 3 BUTT!

Let me know if you have any questions.

@stevenchang5000 What doess buttcoin do?

It will be used for governance, profit sharing and utility.

Can you please elaborate on that? @stevenchang5000

Exact details to come based on a product to product basis.

@stevenchang5000 Really appreciate you and your team for finding utility with SEFI. However, may I know what goes on in the thinking behind the name BUTTCOIN? Could there be a better name?

the forum won’t let me repost similar answers (a few people have asked about the name), so we put the answer in our FAQ on discord. 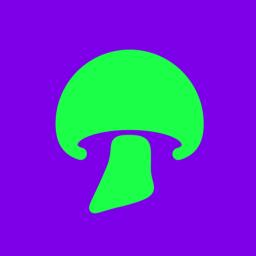 Check out the BTN.Group community on Discord - hang out with 18 other members and enjoy free voice and text chat.

Let us know if you have any other questions / thoughts!

A buyback/burn is a simple way to add buying pressure without adding selling pressure. If the amount is redistributed instead of burned, then it doesn’t raise the price. As governance rolls out, it makes sense for the owners of SEFI to try to grow their investment, and raising the price of the coin will also raise the APY’s on the DEX which incentivizes liquidity provision and usage. We’ve done tons of things that have added to the ecosystem, and they haven’t done anything for the price. This isn’t just something P&D coins do, it started with BNB.